Archbishop Foley Beach of the Anglican Church in North America has joined over 30 Catholic, Protestant, Orthodox and Mormon leaders in endorsing an open letter defending the traditional view of marriage being defined as the life long union of one man and one woman.
The 23 April 2015 letter stated: “The state has a compelling interest in maintaining marriage as it has been understood across faiths and cultures for millennia because it has a compelling interest in the well-being of children.
“Every child has a mother and a father, and every child deserves the opportunity, whenever possible, to be raised by his or her own married mother and father in a stable, loving home.”
The president of the U.S. Conference of Roman Catholic Bishops, Archbishop Joseph E. Kurtz of Louisville, said the signatories hoped the letter would serve “as an encouragement to all of us, especially those dedicated to public service, to continue to promote both marriage and religious freedom as integral to a healthy and free society,
Posted by North Augusta Anglican at 12:04 PM No comments:

Seminar of the Purpose of Life 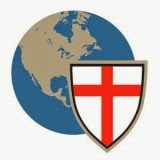 No charge.  If you or someone you know
would like to explore
this first order question of life,
please join us.
Anglican Church of the Holy Trinity
160 Merovan Drive, North Augusta, SC 29860
Next to Walmart at I-20, exit 5
For more info:  Robhartley@comcast.net
803-341-0075
www.AnglicanChurchoftheHolyTrinity.com
Posted by North Augusta Anglican at 1:43 PM No comments: